I'm glad we got some Giorno backstory and I think his motives and goals are, well, unique.

The fight scenes were as awesome as anticipated. The stand abilities are pretty trippy this time around, though. Not that it's a bad thing. I have to say, though I think I might hate the ending. I guess I can't say if it doesn't work since I don't know Part 5 yet, but my hunch right now is that I would have preferred Gangsta's Paradise or pretty much anything else. It got a laugh out of me, so there's something. I feel a strange sense of pride welling up inside of me.

To see his heart of gold be able to overcome the harshness of his childhood is something so heartwarming to witness. Somebody probably already brought this up, but when Giorno convinced Bruno to join him, Bruno had a shocked face and there was a union jack esque design over his face, most likely referencing Jonathan and how he could make people join his side. Bruno is also a JoBro, like speedwagon, so it fits even better.


The episode over all was great, it did a perfect job in covering Giorno's backstory, adding things that were not in the manga. Such as the last scene in the flash back. This episode did an amazing job in representing the powers from both, Gold Experience and Sticky fingers. I especially like what they did with the effects used when Bruno's senses go berserk. The direction in this episode I also felt was way better than the previous one. The use of color from previous parts is back and more Jojo than ever. There are other examples but I think putting them all here would be a waste of time.

But now what we were all waiting for. The ED. It is actually "Freek'N You" by Jodeci. A choice I don't think anyone predicted.

New OP is the new best OP. Fuck you Fight me

You now what that means. We riot. It is the best song and has the strongest visuals up to now. 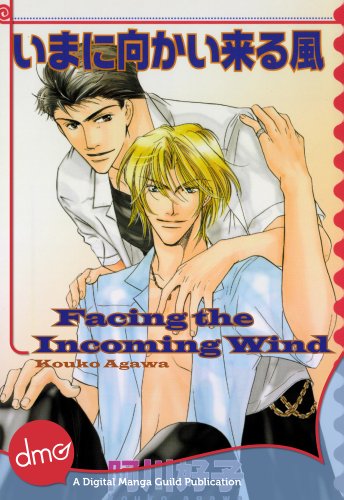 Having people describe the OP before I can watch it is like being a blind man with someone explaining the Sistine Chapel to me. Holy hell I love the opening so much!

Stand Proud is hard to top for me. Does anyone remember when exactly they gave us that in the manga? Does the gangster from Giorno's flashback have the voice actor from Uvogin from HxH? Ugovin and Wamuu. I was randomly watching some Part 2 clips before the episode so I instantly recognized him. I love the animation so far a lot more than I thought I would. I thought the heavy shading and linework looked a little choppy in the PVs, but in action it's brilliant looking. The only thing I've noticed is that sometimes while running it'll look a bit too simple, but that's hardly an issue.

And really, I like how they've been taking the story. The whole part with Giorno added a lot to what I thought of him On my first read through I thought he was underdeveloped and the most bland of the Gang-Stars. The animation again was brilliant. The ending though I think it's their weakest one yet. Not to say that it's bad, but it just doesn't have the oomph, or personality other parts had. I've got to say though I'm a lot more excited to see an anime version of part five than I was a month ago. And then they spent the first half on Giorno's f'ed up childhood It's so surreal watching as a manga reader.

That Bruno fight went by so fast! Loved how they pulled off Bruno in the body. Japan and their ages. Dude was 13? You really think coolio would've given them the rights for that? The song is super personal for him and he's definitely not an anime fan lmao. He got pissed at weird al for making Amish paradise. I'm really sad they used the leaked song for the ending. It's a really underwhelming ending in my opinion.

On the other hand though I hadn't heard the ending song before, but I thought it was pretty funny how they used this song about sex with the main characters doing seductive poses. Well I guess it's time to punch out for lunch. Burgers, beer, and JoJo Fridays are what I look forward to at the end of work week. Fighting Gold is fantastic. Really digging this OP. Might be tied with Bloody Stream for my favorite. Say what you want about the ED, but the lyrics accurately describe how most of us feel about the Gang-Stars.

This episode has set the standards far higher than what I believe Jojo to be at in general for Vento Aureo.

I loved everything about it, to the music, the color shifts which people were getting worried about in the first episode due to lack of them and the action in general. I think that Giorno's backstory was adapted fantastically and added so much more narrative to the story. There were so many added bits and pieces that you wouldn't have originally picked up on if you never read the manga or simply haven't read it in a while.

And the OP is amazing. Jojo never lets us down with the OPs. My only nitpick is that I think the ED song could have been far better.


In my opinion, it doesn't fit at all to the tone of the series. And the visuals are at its blandest so far for Jojo. But it may grow on me as time goes on. Overall, this is a very good day to be in the Jojo fandom.

I'm in love with this OP, not gonna lie. Feels like a grittier, more somber Bloody Stream. Despite the widely differing feels of this and Bloody Stream, Coda's voice perfectly matches the tone of both. He is a literal god. Great Days is currently my favorite with Bloody Stream at number two, but I think as I listen to Fighting Gold more it might seriously threaten to take the top spot. I loved how that episode was animated and put together.